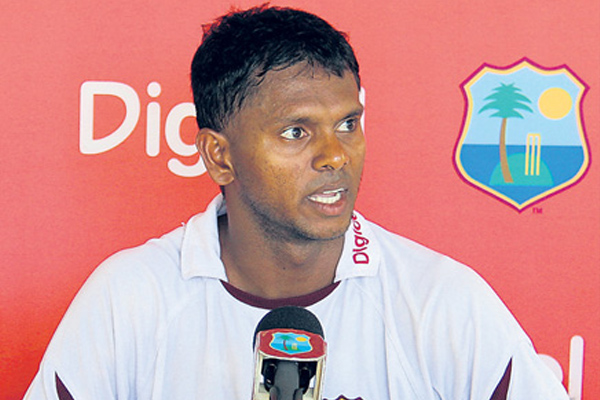 Chanderpaul who scored an unbeaten 84 and 24 for West Indies in the opening test against New Zealand in Jamaica now trails top-ranked AB de Villiers by 41 ratings points.

Fast bowlers Kemar Roach and Jerome Taylor and spinner Suleiman Benn returned to the rankings table after performances in the Kingston test.

Roach, who picked up two wickets, has returned to 15th position while Benn and Taylor, who each captured four wickets, are ranked 35 and 75 respectively.

Meantime, New Zealand’s Tim Southee has achieved a career-best position of fifth in the ICC rankings for Test bowlers.

Southee took six wickets in New Zealand’s win over West Indies in Kingston and has jumped three places in the bowler’s rankings to be behind only Dale Steyn, Ryan Harris, Vernon Philander and Mitchell Johnson.

In the team rankings, Australia continued to top the chart followed by South Africa, England and Pakistan, with India on the fifth spot.