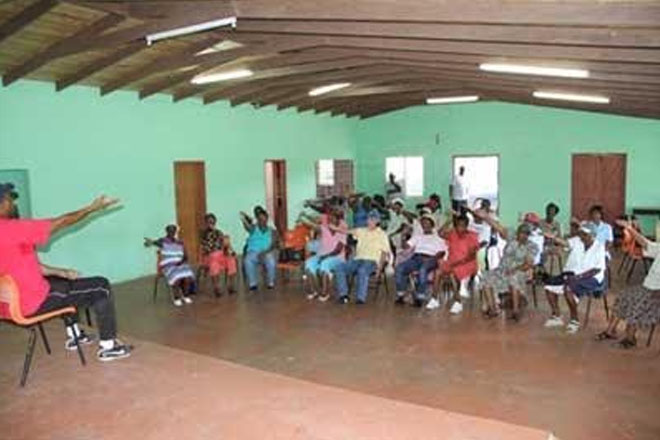 Sports Page — National Trainer, Masefield Nisbett has informed that at a meeting held on Wednesday which involved the finalizing of plans for the upcoming Seniors Sports day, slated for Thursday 15th October, several changes in the format have been proposed.

Among the changes recommended are the following:

That the meet commence at 1pm instead of 10 am. This in consideration of the age of the seniors and the smaller number of competitors who have actually registered for the event than was previously anticipated.

It has also been recommended that instead of having the seniors compete in various age categories, that they be allowed to compete in OPEN races. This is expected to attract more competition and generate more fun for the event.

It has also been recommended that there be no official charge at the gate but that a purse is collected during the event which will be used for the benefit of the seniors.

These proposed changes are being seriously considered and final word will be forthcoming in the not too distant future.

Meanwhile, the seniors will continue their training sessions under the watchful eyes of Trainer Nisbett, at the ET Willet Park, today Thursday 1st October, even as they commence the official celebration of the month of Older persons in October.