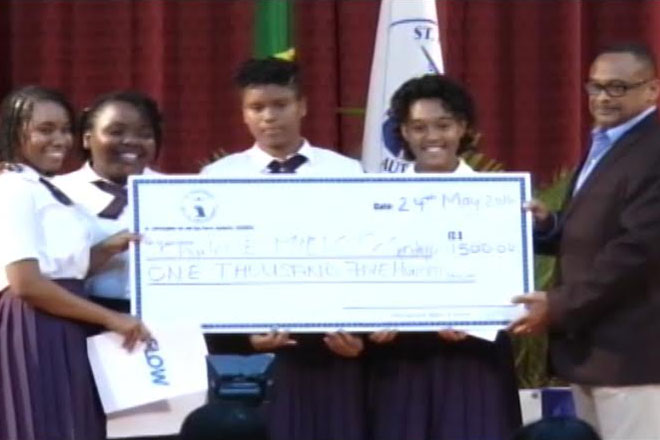 After intense game-show style rounds, including individual rounds, team rounds and speed rounds, the winners amassed a total of 105 points, a mere 10 points ahead of opponents, the Basseterre High’s 95 points.

In third position was the Verchild’s High School.

There was a tie at 235 points for the student with highest accumulated score.

Tuesday night’s win is an upset in the competition’s winning history as for the past 4 years, the Basseterre High School has captured the title.

The Charles E. Mills Secondary School was the first school to win the competition at its inception in 2011.