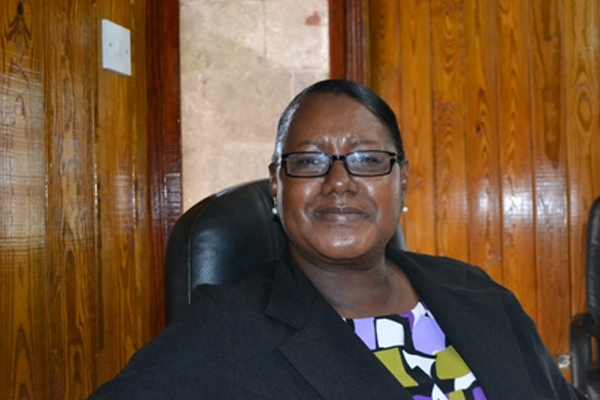 NIA CHARLESTOWN NEVIS — Sandra Maynard, Director of Social Services in the Ministry of Social Development on Nevis, urged persons on Nevis to be mindful that child sexual, abuse apart from being a social ill, carried several other implications.

She addressed the issue in an interview with the Department of Information on February 24, 2014.

“What we also want to impress on people is that child sexual abuse has other implications that up to now, have not yet been widely discussed: health implications – we have seen some cases of sexually transmitted diseases to minors. We have the whole issue of HIV transmission. After all, it’s unprotected sex whether it is with an adult or a minor.

She also noted that the statistics were restricted to the cases reported to the Social Services Department and did not reflect cases that were handled independently by the Police or the Special Victims Unit.

Maynard who spoke passionately on the vexing issue also revealed that a large number of cases were students.

“What is more disturbing, is a large number of the reported cases are primary school-aged children. There seems this kind of lackadaisical approach, to the older high school girls in relationships with older men but once the child is a minor, it still constitutes abuse.

“In light of this, I would like to urge the public to think of the country’s children as their own children and if you see a child being violated, even if it’s not their child or relative, we want them to be conscious, responsible and caring enough to make a report and help us in the fight to protect the Nevisian children,” she said.

The Director added that there had been recent additions to the judicial system that assisted the department’s work in favour of victims of child sexual abuse and the protection of children generally, namely the Child Welfare Board Act and the New Evidence Act.

She said the Department was also mindful of parents who accepted money in exchange to remain mum in cases where there was child sexual abuse and appealed to parents of the Federation to put their children first and to help bring the perpetrators to justice.