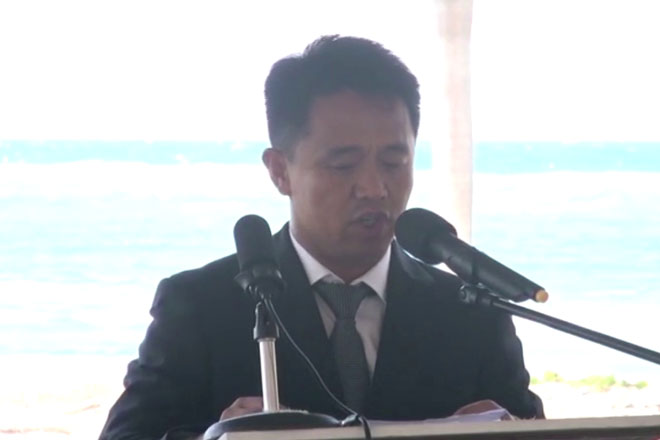 (ZIZ News) – The HTRIP Candy Resort project for which discussions began in 2013, will be completed by December 2016.

HTRIP Candy Resort, which is being constructed in the St. James Parish on Nevis, will provide countless employment opportunities for Nevisians. That was revealed by Chief Executive Officer and Director OF HTRIP, Jian Li, at the development’s ground-breaking ceremony.

He said the company’s decision to construct the hotel on Nevis was easy.

“When we were looking for a location for this venture, we decided that Nevis, yeah because the people are friendly, the island is peaceful and beautiful, the economy is stable and as a second home, Nevis is attractive,” he noted.

Meantime, Mr. Li, who said his company believes in giving back to the community, outlined some of the organisations which have benefited from its generosity.

“Since we have been here, we have given donations to drag racing, Winfes, Culturama, and basketball teams. We will also create a local organisation to assist in the further development of Nevis economically, socially and culturally,” he explained.

The HTRIP Candy Resort will be constructed on 4.4 acres of land and comprise of 17 buildings at a cost of US$20 million.