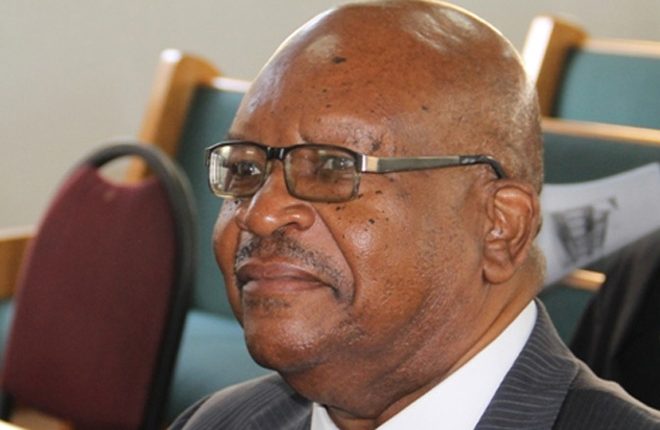 In an attempt to give passerbys a visual reminder of ‘the reason for the season’, the Christmas tree at the Independence Square was blessed and lit in the presence of government officials, church members and other guests on Sunday.

Referring to light as a symbol of hope, Minister of Ecclesiastical Affairs Hon. Vance Amory said the lighting of the Christmas tree holds a deeper meaning.

He encouraged the people of the federation to show more caring not just during the season but all year round.

Minister Amory said the government cherishes its partnership with the church.

Minister of Public Infrastructure Hon. Ian Liburd commended the churches for their annual efforts of lighting the tree.

The lights to the large Christmas tree were switched on by His Excellency the Governor General Sir S.W. Tapley Seaton GCMG, CVO, QC, JP, after being blessed by father Lawrence Malama.

The ceremony featured a reflection by Trevor Phipps, solo selection by Jasmine Thomas and a musical selection by the Silver Stars Steel Orchestra.

Carols were sung by the Immaculate Conception Co-cathedral Joint Choir and a scripture read by Avishai Finch.