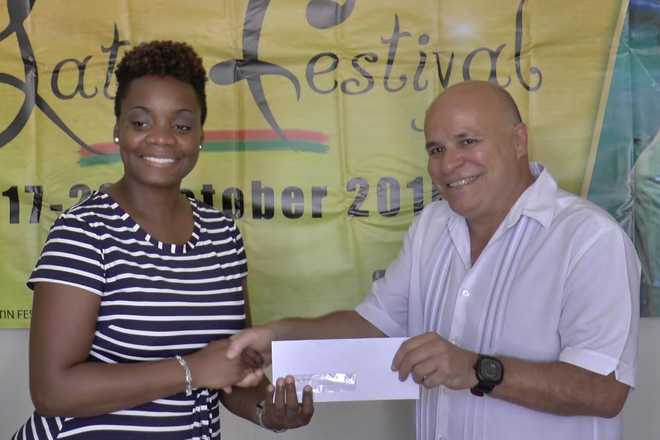 The Christophe Harbour Foundation has joined other local organizations to sponsor The St. Kitts Latin Festival for another year.

During a handing over ceremony on Thursday, Human Resource Manager, Akela Browne said it was a pleasure to sponsor the festival for the second year in a row.

“The Christophe Harbour foundation is always pleased to support initiatives that highlight culture and create better understanding between our people. We feel that the Latin festival is one such undertaking that benefits the social structure of the people of St. Kitts and Nevis. St. Kitts and Nevis is fast becoming a nation of many ethnic groups and nationalities. This helps to enrich what is traditionally the Kittitian Nevisian culture”, Browne said.

The 7th annual Latin Festival is scheduled for October 17-23.