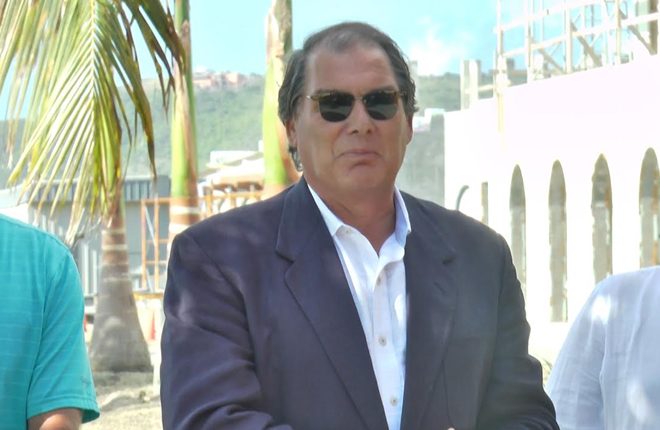 During his welcome remarks, CEO and founder of Christopher Harbour; Buddy Darby said he was quite pleased with the progress that Christophe Harbour St. Kitts has made over the past few years.

“This is probably in the life cycle of Christophe Harbour some of the most exciting times mainly because you love it when a good plan comes together. The hardest thing was to say that we’re going to build a beautiful beach club over here and then try and get people to buy plots of land based on the fact that you’re going to do a beautiful beach club. Now that the pavilion is here which was one of the first things we did, people can now see the quality levels and see what we are all about”, he said.

He also mentioned that the structure of the soon to be completed Shore Side Marina Village was inspired by the Old Treasury Building at Port Zante.

“Directly behind me is the beginnings of the shore side Marina Village. It is actually modelled after the Old Treasury building that we had images of that is at Port Zante. That was some of the inspiration for us”, Darby explained.

The press conference gave members of the media direct access to the management and staff at Christophe Harbour.

It also provided information about the day to day operations of the yachting community since its establishment in 2007.