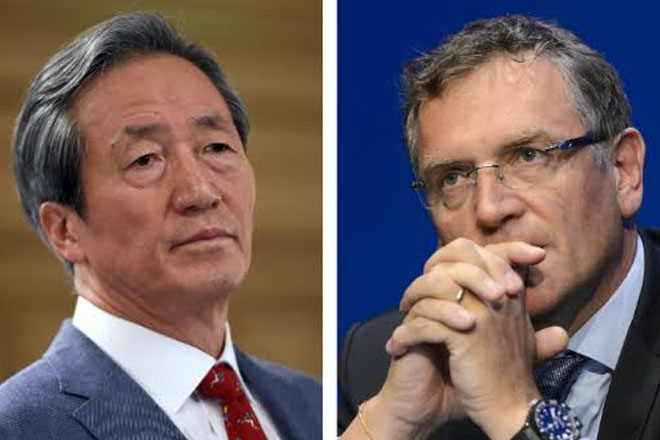 “FIFA is like the sinking Titanic,” the billionaire former vice president of the world football body said, accusing its outgoing president Sepp Blatter of having “morally bankrupted FIFA”.

“I will mobilize all legal means available to expose the injustice of this decision by the Ethics Committee while continuing to do my utmost to reform FIFA,” he said.

FIFA’s independent ethics committee ordered a six-year ban against Chung over his lobbying for South Korea’s bid for the 2022 World Cup which was awarded to Qatar. FIFA president Sepp Blatter and UEFA president Michel Platini were suspended for 90 days in a separate decision.