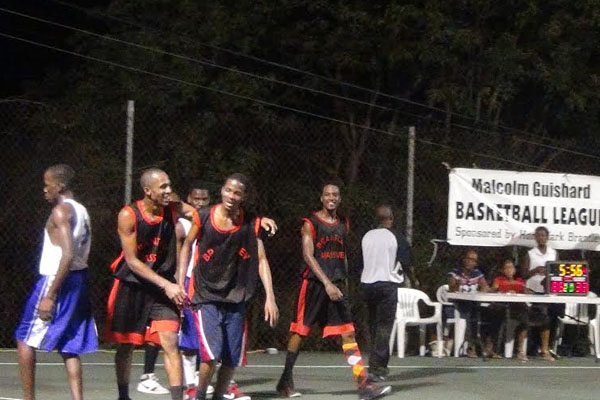 Sports Page — It was a one sided contest and some referred to it as a ‘blow-out.’ However, the youthful Dynasty Ballers two, showed some spirited fight in the final half of the game and truly endeared themselves to the small crowd on hand.

This as the action continued in the Malcolm Guishard Basketball league on Thursday night.

The young Gingerland based team was engaging the more reputed Church Ground Massives.