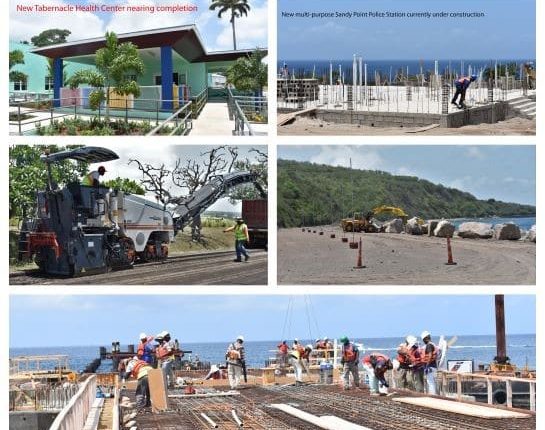 Citizens and residents of St. Kitts-Nevis repose their confidence in the leadership of Prime Minister Harris

BASSETERRE, St. Kitts, June 21, 2019 (Press Unit in the Office of the Prime Minister) – Citizens and residents of St. Kitts and Nevis have reposed their confidence in the outstanding leadership of Prime Minister Dr. the Honourable Timothy Harris and his Team Unity administration in the effective manner in which the affairs of the country are being managed.

Callers to Thursday (June 20) night’s edition of the popular radio programme, Straight Talk, on WINNFM 98.9 gave excellent reviews of the direction the country’s economy is heading under the steady guidance of Prime Minister Harris, who is also the country’s Minister of Finance.

“I think that the present Prime Minister that we have, in terms of managing the government or the affairs of the government, he is the best that we have had and has,” one caller said, while noting that what the Team Unity administration has accomplished so far is highly commendable when one considers it has only been four years since this Government was elected to office.

Commendations were also given to the Team Unity administration for its tireless work in removing the country from under the standby-by loan arrangement with the International Monetary Fund (IMF), as a result of its sound fiscal policies and programme.

Another caller to the programme was in high praise for the Government for its pursuit of a comprehensive infrastructure development agenda, particularly as it relates to bringing a resolution to the Old Road Bay Road issue.

“When I think that we are in the hurricane season, I think about Old Road Bay and I want to applaud [Prime Minister Harris] highly and the Team Unity Government for fixing Old Road Bay…and that shows that you are a caring government and I want to thank you all for the Old Road Bay Project.

The prime minister, in response, stated that he is pleased to hear the “very positive reviews of the citizens and residents everywhere because indeed I am happy to say and to agree with the callers that the Team Unity Government has performed exceptionally well.”

“We have done in four years what hadn’t been done in 20 years and the [construction] of the second cruise pier is one example in sight and the work we have done to solve the problem of the Basseterre High School is another example of a government at work,” Dr. Harris continued.

The Team Unity-led Government’s strong and prudent approach to the management of the country’s financial resources led to the payment of an extra month’s salary to all civil servants, pensioners, Government Auxiliary Employees (GAEs), Skills Training and Empowerment Programme (STEP) Employees for an unprecedented three consecutive years.