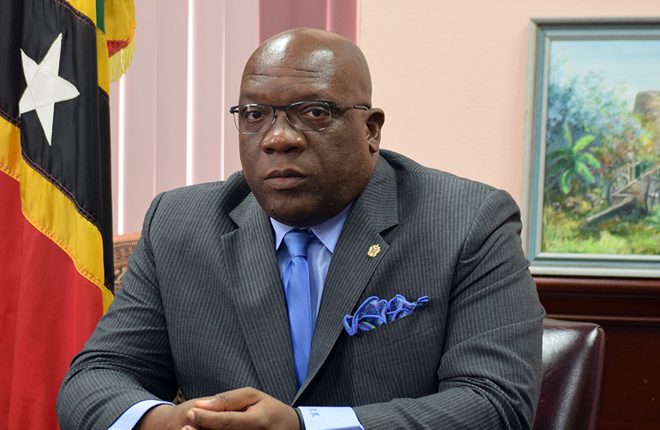 Citizens and residents of St. Kitts and Nevis are being urged to take every reasonable precaution now to protect life and property during and after the passage of Hurricane Irma.

This call was issued by Prime Minister and Minister of National Security, Dr. the Honourable Timothy Harris, during an official address to the nation on Monday, September 4, 2017, as the Federation prepares for the impending hurricane.

“I encourage all of our citizens and residents to do all in their power to minimize the impact of Hurricane Irma. At the individual, group, community, and national levels, steps must be taken to protect and preserve life and, in so doing, help to expedite our recovery after the hurricane’s passage. I further encourage all to act now,” Prime Minister Harris said.

The prime minister noted that he has reached out to representatives of the private sector and have reminded them to do what is necessary to safeguard their businesses in advance of the hurricane.

“I also encourage the business community to be lenient with their employees by affording them sufficient time off from work in advance of the hurricane – so that they can adequately prepare their own families and households in good time,” the honourable prime minister stated, while urging everyone to take the threat of this hurricane seriously.

“Citizens and residents are urged to remain alert and rely only on official sources of news about the hurricane. Such sources include NEMA, the Met Office, and the website of the National Hurricane Centre in Florida.”

The prime minister used his national address to commend the efforts of the National Disaster Mitigation Council of the National Emergency Management Agency (NEMA), chaired by the Deputy Prime Minister, the Honourable Shawn Richards, for the proactive role it has undertaken to date, to prepare the country for the passage of the hurricane.

He also thanked members of the religious community for the strong and demonstrative partnership role that it continues to play at this time, particularly as it relates to the “Call to Prayer” initiative that was issued by the clergy, in collaboration with the Ministry of Ecclesiastical Affairs.