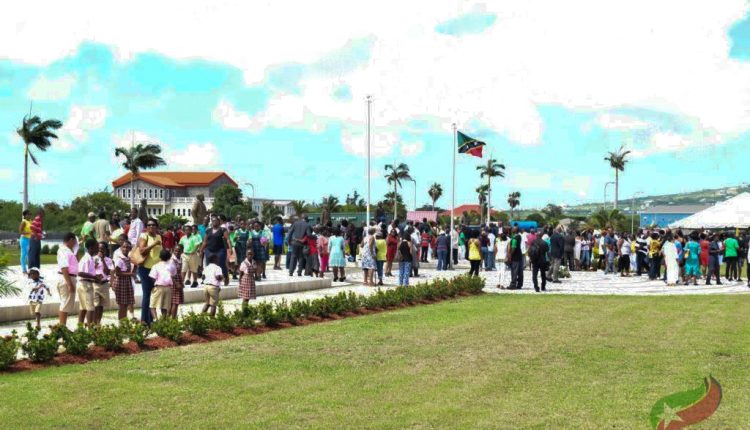 Basseterre, St. Kitts, September 05, 2019 (SKNIS): The five National Heroes of St. Kitts and Nevis are all males and all politicians. The Federal Cabinet headed by Prime Minister Dr. the Honourable Timothy Harris has suggested that many deserving nationals can qualify for this high honour and have urged citizens to nominate individuals for consideration.

On this week’s edition of the radio and television programme Working for You (September 4), Deputy Prime Minister the Honourable Shawn Richards reminded listeners of the opportunity to be a part of this important process.

“I think perhaps persons are of the view that it is only the Cabinet, the government [that] can … nominate persons but anyone can nominate an individual to be a National Hero and then consideration is given as to whether or not it is felt that that person is worthy of such an honour,” he stated.

The deputy prime minister expressed confidence that “in time we will have more than politicians being named as National Heroes because we have a number of persons who have made significant contributions towards the development of St. Kitts and Nevis.”

That includes female pioneers who contributed to positive transformational changes in the nation’s history.

Prime Minister Harris noted this disparity at the ceremony for the Unveiling of the Statues to Honour St. Kitts and Nevis’ Five National Heroes at the National Heroes Park held on September 17, 2018.

He stated: “Your government is mindful that no females currently grace the pantheon of our National Heroes. It is an issue we plan to address as gender equity represents an important plank of our policy platform for balanced development, which seeks to ensure that no one is left behind.  We recall that landmark social and legislative reforms to advance women and children were realized with the naming of Her Excellency Constance Mitcham as Minister of Gender Affairs.”

The nominations for National Heroes and National Honours Awards including the Star of Merit and the Medal of Honour are considered by a diverse committee. They give due consideration to an individuals’ contribution and make appropriate recommendations to those meeting the criteria.