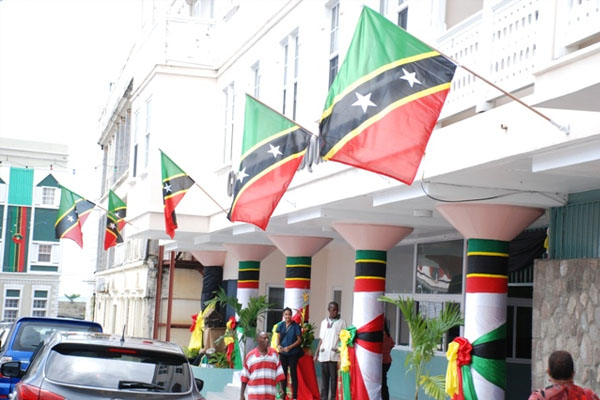 BASSETERRE, ST. KITTS (CUOPM) — Civil servants in St. Kitts and Nevis began the first full week on the job following the Christmas/Carnival season knowing that they will be carrying home more money this year.

During the presentation of his 2014 Budget Address last December, Prime Minister and Minister of Finance, the Rt. Hon. Dr. Denzil L. Douglas announced the restoration of increments in January 2014 and a 10 percent increase in salary and wages over the next three years.

A four percent wage increase took immediate effect on January 1st 2014 and will be followed by automatic 3% increases in January 2015 and January 2016.

Retired civil servants on pension will also get the increases, Prime Minister Douglas said in his Budget Address.

He noted that over the last three years there have been a lot of sacrifices made in the public sector particularly among Civil Servants who bonded with the Government in order to pursue the fiscal consolidation agenda.