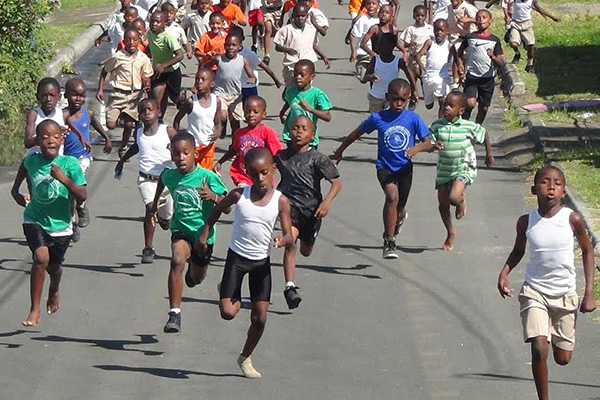 Quite a number of parents and other family members were on hand on Wednesday 5th January to witness the very exciting Infant boys and girls cross country events at the Charlestown Primary School.

The athletes commenced at the rear of the school and ran through Rams bury, across past Nurse Ambrister’s residence and back to the school.

For the boys, C’jahnte Griffin of Green house ran a smart race and stayed close to the original leader of the pack and then went past him with a burst of speed as they got closer to the finish line.

For the girls, Anihra Wilkes decided to lead from the outset and maintained that lead right up to the finish, cheered on by the supportive crowd which included her Mom and other family members.

Headmaster Mr. Kevin Barrett noted that both winners lived in the general area in which the race was conducted and must have practised very often.

Friday 7th February should be another big day at the school, as the older boys and girls will face off in their cross country event and the various houses will be holding their pre race chants, complete with sound systems and music.