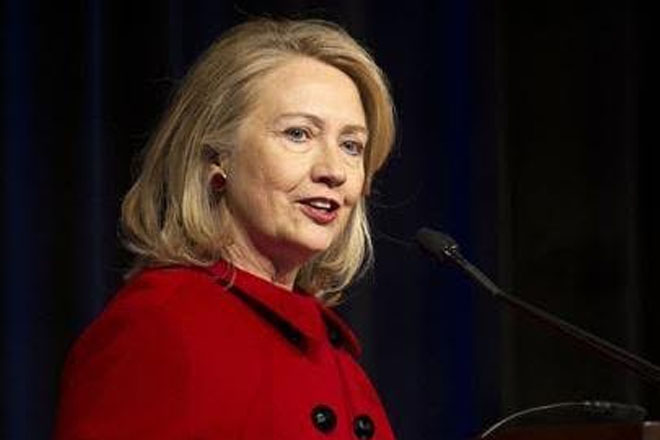 Washington, USA — Chelsea Clinton warned her parents, Bill and Hillary Clinton, that international relief efforts in Haiti were a disaster and that major changes were needed in a memo released on Monday by the US State Department as part of the latest batch of more than 7,000 pages of Hillary Clinton’s emails.

“To say I was profoundly disturbed by what I saw — and didn’t see — would be an understatement,” Clinton wrote in a memo addressed to “Dad, Mom” and attached to an email she sent while her mother was secretary of state and her father was leading relief efforts for the 2010 earthquake in Haiti.

“The incompetence is mind numbing,” she said.

Reporting back on a four-day trip to Haiti, Clinton added, “If we do not quickly change the organization, management, accountability and delivery paradigm on the ground, we could quite conceivably confront tens of thousands of children’s deaths by diarrhea, dysentery, typhoid and other water-related diseases in the near future.”

In the Clinton emails released on Monday, Haiti was mentioned at least 307 times — more than Israel, Iraq and Afghanistan, and more than Russia and the UK combined.

The mentions highlight the importance of events in Haiti — and the Clintons’ involvement there — during the period the emails covered, from December 2009 to January 2011. In early 2010, a catastrophic magnitude-7.0 earthquake hit the Caribbean nation, causing widespread devastation.

Much of Chelsea Clinton’s criticism focused on the UN and international NGOs. The UN people she encountered were “frequently out of touch,” “anachronistic at best and arrogant and incompetent at worst,” she wrote. She later added that “UNICEF was the only UN agency that seemed to be universally acknowledged to be doing a good job by settlements’ residents, by Haitian doctors and by INGO partners.”

Since the disaster in 2010, the Clinton Foundation has raised more than $30 million for Haiti. But the family’s involvement dates back many more years: Over the last two decades, Hillary and former President Bill Clinton have played a critical role in the country’s politics and pushed hundreds of millions of dollars in investment, US taxpayer money and aid into Haiti’s development, according to Politico.

While Hillary Clinton was with the State Department, she visited the nation four times — the same amount of visits she paid to Afghanistan, Russia or Japan, Politico reported.

During her time there from January 21st, 2009 to February 1st, 2013, the State Department through its US Agency for International Development (USAID) disbursed $3.6 billion for Haitian “earthquake relief”.

At the same time, her husband, former US president Bill Clinton, was taking money for his private foundation from foreign governments that Secretary Hillary dealt with in an official capacity.

Then the day she resigned from the State Department in February 2013, Hillary’s brother Tony Rodham just happened to get lucky and was appointed a director of a company that had acquired a lucrative gold mining contract in Haiti, something the company claimed happened virtually out of the blue.

Leading Haitian lawyer and human rights activist, Ezili Dantò, has charged that Bill Clinton, as head of the Haitian relief fund, was responsible for some $6 billion of international relief aid received.

“Less than 1% of this amount made it to the Haitian government. Bill Clinton had total control of the balance,” Dantò claimed.

She added, “Hillary and Bill Clinton ‘opened Haiti’ as their private asset to liquidate. They used the resources of the World Bank, the State Department, USAID, the UN, the private military security contractors, the US military, and the Fed’s passport and visa issuance capabilities. They got kickbacks called ‘donations’ from anyone who wished to buy from them a piece of Haiti lands, oil, iridium, uranium or gold. The Clintons have used governmental power to conduct their private business and called it ‘helping poor Haitians.’”