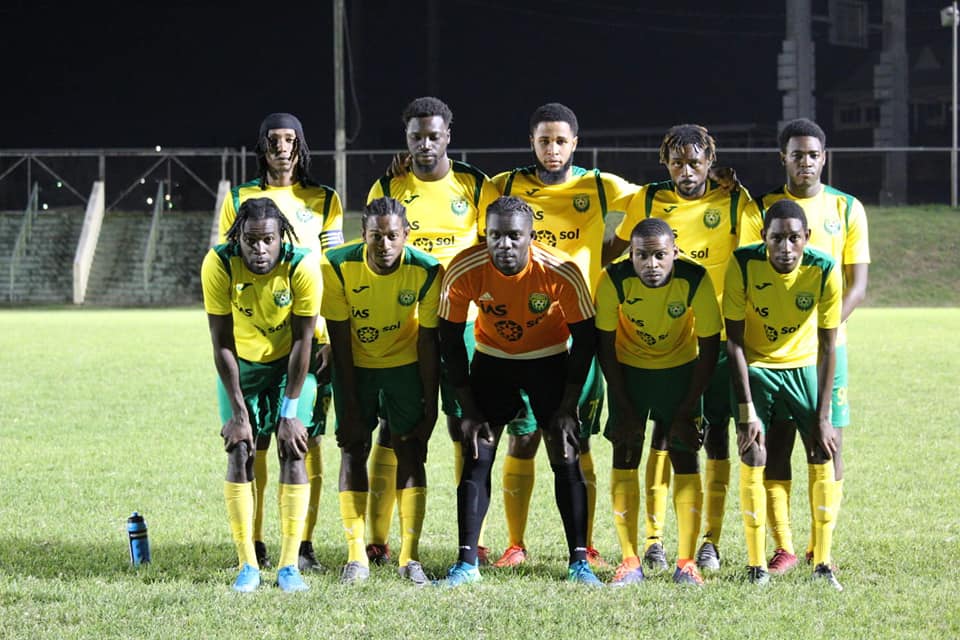 If there is a team in the SKNFA top division that just repeatedly overcome hurdles within the last two years, that would be the SOL IAS Conaree F.C. After a torrid 2019 season, where they narrowly escaped a punishment that would see them relegated to Division 1, Conaree managed to work their way into the inaugural Super Six playoffs in 2020. But to their dismay, they failed to make an impression and finished at the bottom of the playoff table. Then at the start of the 2021 season, their coach Azem Jenkins and assistant coach resigned, leaving them rudderless. But they somehow keep things afloat and got a new life with tried and proven new Coach Al Richards. Local football commentator and analyst Sylvester Charles said the team has overcome many challenges and believes they may have turned a corner at the point the league paused at the end of May. “They look a lot more organized on the field of play, a lot more purposeful. They were playing more together as a team; they still have a lot more way to go,” Charles said.

“They seem to be a team that have a lot of challenges in terms of management, players attitude etc. they still have quite a lot to work on. But it’s a good thing that they made the changes and gone through what they have to go through to be on the other end now looking as they can create some problems (for other teams),” Charles explained. He believes if they continue working with their new coach, they can survive their crisis. “They are a very aggressive team, they are a team that like to work hard…they just need to listen a little more and be patient,” he added.

Coach Al has sparked new life into Conaree, and though results have been mixed, they clearly have a plan to succeed. Whenever the season restarts, it will be left to be seen whether Al Richards can turn Conaree’s fortunes around for good.