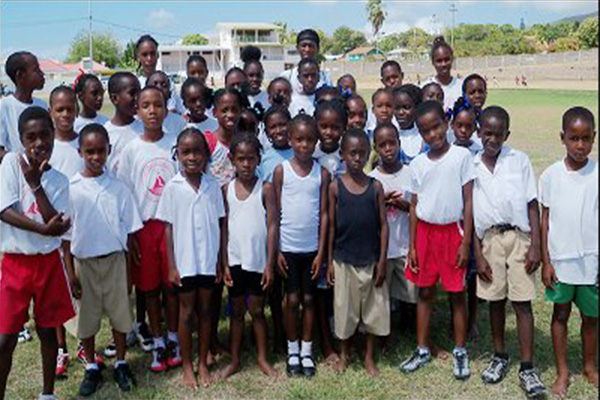 Coach at the Gingerland Secondary School, Shefton Daniel on Thursday 19th June took time out to say thanks to all who made it possible for his school team to participate in the Inter High Schools championship in St.Kitts, held earlier in the year.

‘Whether you contributed foodstuff, money or just gave moral support…..we say a hearty thank you,’ he said.

He also indicated that the children enjoyed themselves and look forward to the continued support of the general public next year.