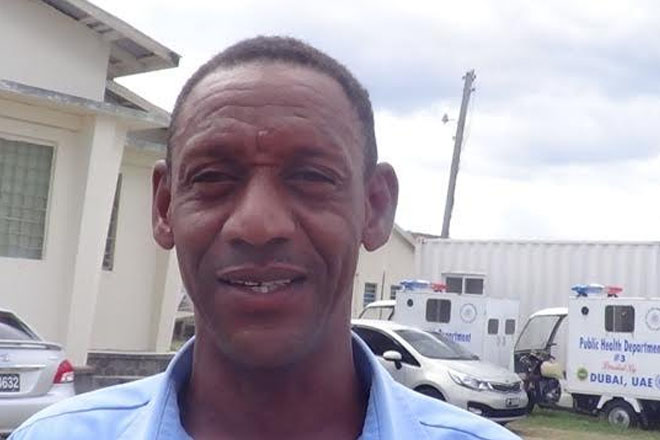 Sports Page — Coach of the Nevis under 15 team, Gerard TRINI Charles, on Wednesday 3rd June, expressed his delight at the sterling efforts of his youthful team in their recent engagements versus their Kittitian counterparts.

‘If only I can see the kind of fighting spirit that I saw from those youngsters in some of our more senior cricketers, our Nevis teams would be doing a lot better,’ he said.

He noted that the Nevis team won three of the matches quite easily but seemed set to lose the final game on Sunday 31st May.

The St. Kitts under 15 team, needed a mere 13 runs for victory, with all of 15 overs remaining and five wickets in hand.

Statistically and logically, the ‘fat lady would have been singing loudly!’

However, Coach TRINI, acting on a wave of inspiration, called on Carlon Tuckett to bowl.

According to TRINI, it was a brave and daring move and one which was not approved by some of the Nevisian parents and supporters on hand.

‘Even Carlon’s dad, Carl Tuckett told me not to bowl him at that crucial time,’ he said.

However, TRINI proceeded with his bold plan and to the amazement of all present, the young left arm leg spinner, turned the game completely on its head with the amazing figures of 3.2 overs; 2 maidens; 4 wickets for 2 runs!

Nevis won the game quite handsomely in the end.

He also noted that he was pleased with the support that the team members gave each other.

‘They cheered on each other; they supported with fantastic catches and at the end of that game, they surprised me when they produced four bottles of sparkling cider, indicating that they were celebrating with champagne,’ stated TRINI.

Coach TRINI is however not pleased with the selection process being recommended to come up with a Leeward Islands team.

‘I do not believe that the best players will be selected using that method,’ he lamented.

He however, heartily congratulated his team for their excellent showing and noted that the future of Nevis cricket is in good hands, once the young guys continue to practise and maintain a level head.