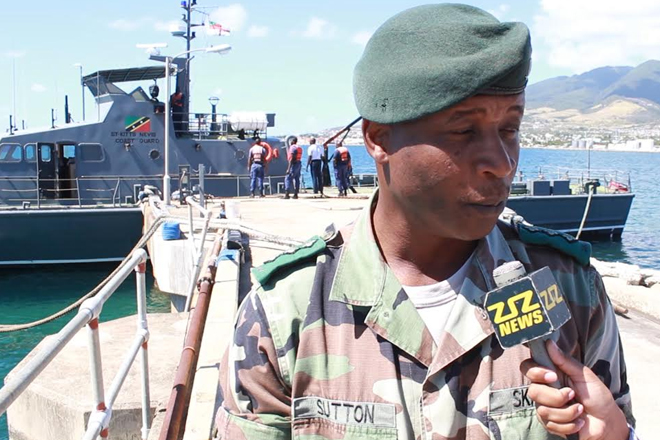 Coast Guard Stalwart Back In Action

(ZIZ News) — The St. Kitts Nevis Defence Force Coast Guard has increased its presence in the Federation’s waters with the re-launch of the Coast Guard cutter “Stalwart”.

Public Affairs Officer for the Defence Force, Captain Kayode Sutton explained why the cutter was out of the water for several months.

“She’s over 30 years old so obviously wear and tear over the years have taken their toll on her and we had to do some repairs on her. She was launched about a week ago and what we see happening right now is…we’re doing a sea trial, a time test to ensure that all of the equipment and all of the capabilities of the vessel are intact and seaworthy,” he said.

He said with efforts underway to step up the fight against crime the Stalwart’s return couldn’t have come at a better time.

“You cannot say that it is coming in at a better time than now because it extends our reach to the territorial seas and also it’s good for longer patrols. The Stalwart has a longer range than the coastal vessels that we have here,” he said.

Captain Sutton said a new crew is now onboard and they would have to undergo the necessary training.