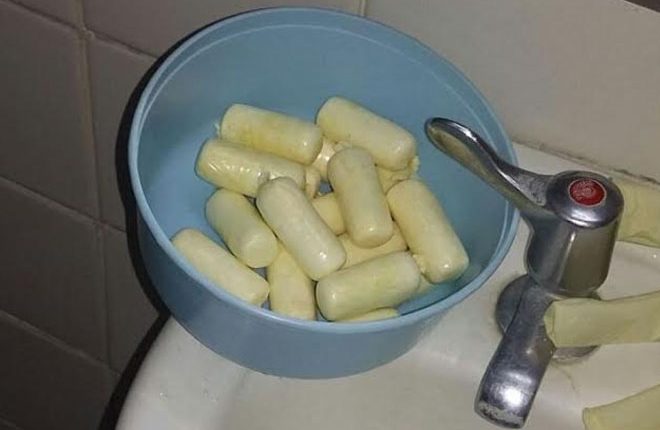 (ZIZ News) — The police and Customs Department have seized several small packages of cocaine that a passenger had reported swallowed and tried to smuggle into the federation.

According to reports, on Sunday the passenger was detained at the RLB Airport on suspicion of possession of a controlled substance.

Investigations later revealed, the individual had swallowed a quantity of cocaine in the form of pellets.

The pellets were passed out under observation at the Joseph N. France General Hospital.

The individual has been arrested and charges are likely to be filed.
Assistant Commissioner of Police Terrance James, Head of the Operations Directorate commended the Customs officers, the officers of the Special Services Unit and the Anti-Drug Unit.

He said “the willingness to share information and work together is evident in our recent success.”