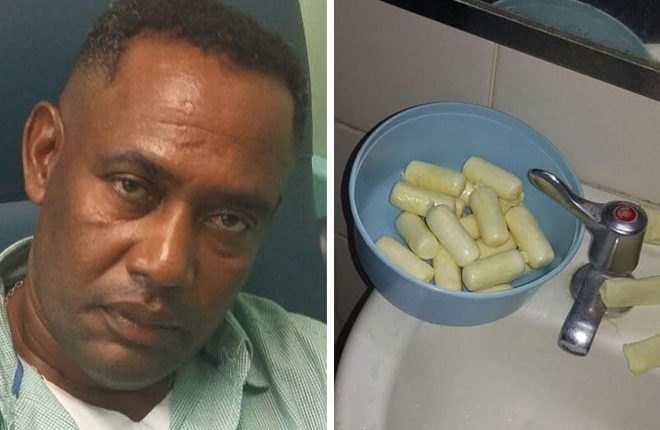 (ZIZ News) — The police have charged a man for drug possession after he swallowed pellets of cocaine.

Julian Carty of Newtown was arrested on Sunday at the Robert L. Bradshaw International Airport on suspicion of possession of illegal drugs.

Carty was detained on arrival in St. Kitts on suspicion of possession of the illegal drug.

Investigations by officers and a medical screening at the Joseph N. France General Hospital revealed that he had swallowed more than 70 pellets containing cocaine.

He passed the pellets at the hospital under observation.

The drugs have a street value of about $630,000 and a total weight of nearly one kilogram.

The police say additional charges are likely to be laid.

Bail was denied, and he has been remanded to Her Majesty’s Prison.