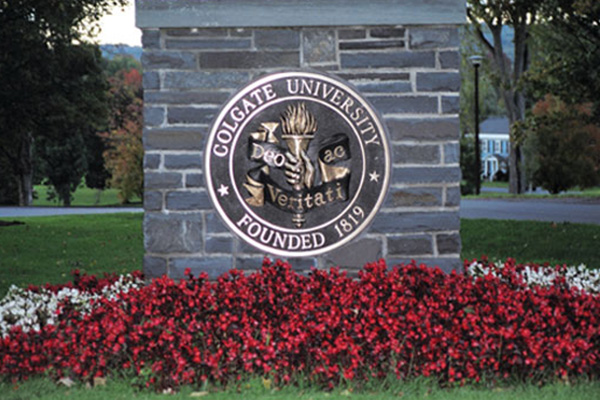 Basseterre, St. Kitts (SKNIS): Young people of St. Kitts and Nevis are the beneficiaries of another way to channel their energies thanks to a donation of instruments from Colgate College, Hamilton, New York.

Chuck Fox an affiliate of Colgate College, through its Community Bikes Programme handed over the instruments on behalf of the learning institution.  Mr. Fox who is visiting the Federation with 10 Colgate College students, mentioned the importance of the gesture.

In response, Minister responsible for Culture, Honourable Marcella Liburd expressed pleasure at the donation and also thanked Dr. Cedric Francis, a Kittitian expatriate and a colleague of Mr. Fox who also works towards the up-liftment of the youth of the Federation.  She also mentioned her vision of a very specific musical activity for young people.

Permanent Secretary in the Ministry of Social Development and Culture Sharon Rattan agreed that the donation had youth in mind.

Music Specialist at the Department of Culture Nigel Williams revealed that the instruments will be housed at the Department and will be used initially in schools and in a Community Band for Central Basseterre.

The group from Colgate College has also volunteered to construct a fence at the Basseterre High School and paint at the Dr. William Connor School.  Activities are also being undertaken with Operation Future.  The Colgate College group is scheduled to leave the Federation on January 18, 2014.