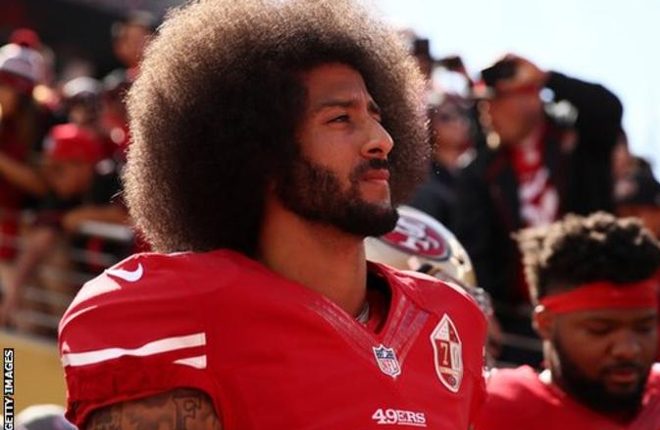 Colin Kaepernick has filed a lawsuit against NFL team owners he believes are conspiring not to hire him because of his protests against racial injustice.

Kaepernick, 29, has been without a team since he opted out of his contract with the San Francisco 49ers in March.