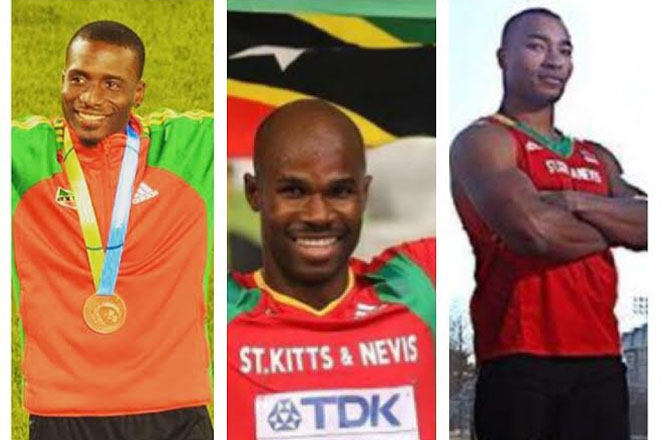 (ZIZ News) – Three of the federation’s top sprinters will represent St. Kitts and Nevis at this month’s IAAF World Championships in Beijing, China.

All three athletes will contest the 100m, with Adams being the sole national athlete scheduled to run the 200m race.

Collins has been competitive throughout the year and ran his season best time of 9.98 seconds at the National Championships.

Adams is coming off consecutive bronze medal performances in the 100m at the 2015 Toronto Pan Am Games and in the 200m at the NACAC Senior Area Championships in Costa Rica on Sunday.

Lawrence continues to show improvement, as he has advanced to the finals in the 100 and 200m meters at different meets.

The team will be led by Francil Morris and physiotherapist Allister James.

The IAAF World Championships is scheduled for 22nd – 30th August.

Meanwhile, President of the track and field association, Glenville Jeffers will be representing the SKNAAA as a delegate for the historic 50th IAAF Congress, where he will be taking part in the elections of the new IAAF President.

Team Leader Morris, who is also the association’s General Secretary, will serve as the second delegate to the IAAF Congress.