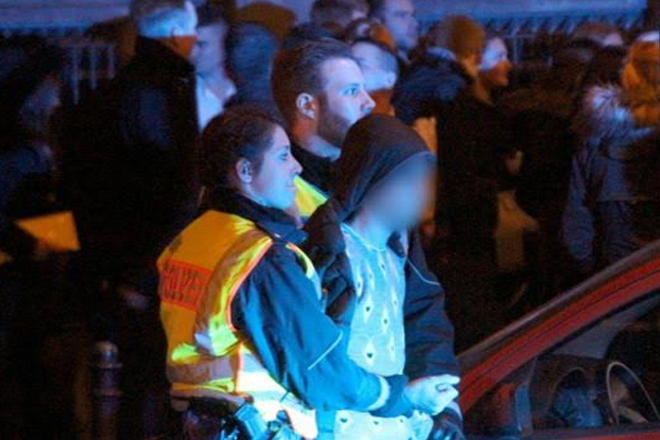 “The police shouldn’t work like this,” he said, as it emerged that three suspects had been identified.

More than 100 victims have complained of being attacked by gangs of up to 30 men outside Cologne station.

Witnesses and police said that the men involved were of Arab or North African appearance.

A crowd of around 1,000 men had gathered in the square outside the station during New Year’s Eve letting off fireworks. Many were drunk and aggressive.

Police eventually evacuated the area because of the risk of injury from the fireworks.

But gangs of youths soon returned and carried out dozens of attacks over a number of hours with little apparent response from the local authorities until well after midnight.

Two women in Cologne have told police they were raped and many were groped, including a volunteer policewoman. Justice Minister Heiko Maas said the attacks appeared to have been co-ordinated and spoke of “a new scale of organised crime”.

Women were also targeted in Hamburg and Stuttgart. More than 30 complaints have been filed by women saying they were indecently assaulted or robbed on Hamburg’s Reeperbahn. More incidents are being investigated and no arrests have been made.

Police in Stuttgart say several women were attacked at Schlossplatz in the city centre.

Hundreds of people protested near Cologne station on Tuesday night, angered by the brazen attacks and by the slow response of political leaders.

Chancellor Angela Merkel expressed outrage over the “disgusting attacks” and the interior minister was asked about the police response on national TV.

Mr de Maiziere criticised police for allowing the attackers to return. It should not be the case that the square was evacuated, he said, “and then later these events take place and they wait for complaints. The police shouldn’t work like this.”

The widespread identification of the attackers as North African or Arab in appearance has also caused considerable alarm because of the influx of more than one million migrants and refugees in the past year. Many have fled the conflict in Syria.