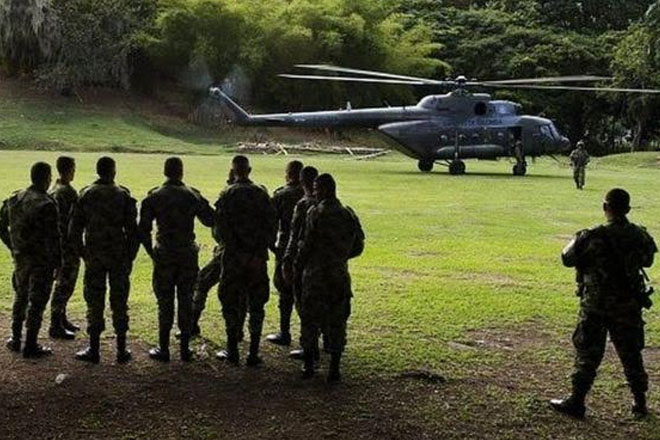 Seventeen members of the Colombian security forces have died in a helicopter crash north-west of Bogota, the army has said.

The wreckage of the army helicopter was found on Monday in Pensilvania in the central province of Caldas, a day after the aircraft had gone missing.