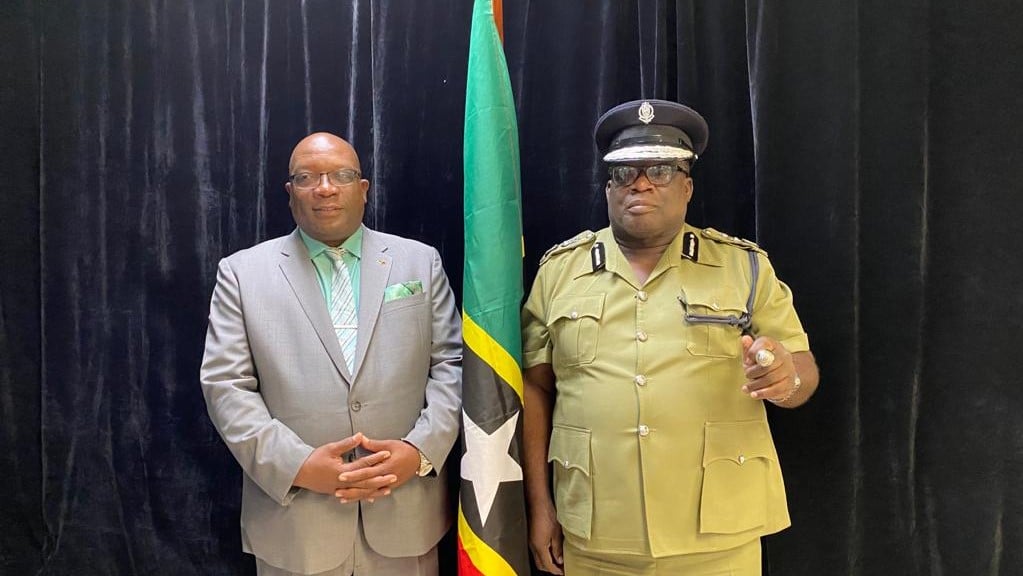 Basseterre, St. Kitts, January 18, 2021 (RSCNPF): Commissioner of Police, Hilroy Brandy, expressed his heartfelt appreciation to the Government and people of St. Kitts and Nevis for the support offered to him and The Royal St. Christopher and Nevis Police Force over the years.

During his opening statement at his first press conference for 2021, Prime Minister and Minister of National Security, Dr. the Honourable Timothy Harris, announced that Her Majesty the Queen had graciously considered a recommendation from his cabinet, through His Excellency the Governor General, to award the Commissioner with the Queen’s Police Medal (QPM). This was as a result of his distinguished and meritorious law enforcement service of almost forty (40) years.

The Prime Minister also disclosed some of the successes from 2020, mentioning that overall crime was down, and that the homicide rate specifically had fallen by some 20%, while the detection rate was up about 40%.

“Mr. Brandy’s excellent record in law enforcement has finally received the recognition and acclaim of Her Majesty… I’m not sure whether he will be meeting her in person or virtually, but I want to commend him on this significant conferment at this time in his career and, of course, on behalf of all of us at Cabinet. I extend to you, again, Commissioner Brandy, our most sincere congratulations and best wishes,” said the Prime Minister.

In response, when the Commissioner took to the lectern to answer questions directed to him at the press conference, he used the opportunity to say thank you.

“I also would like to say thanks to the people of St. Kitts and Nevis for the support over last year [on behalf of] The Royal St. Christopher and Nevis Police Force, in terms of our crime reduction and crime detection…we were very successful in 2020 and we are looking forward to your continued support in 2021. I would also like to take the opportunity to thank the Minister of National Security and the Federal Cabinet, as a whole, for making the request [for the] award for my long years of service and my hard work in The Royal St. Christopher and Nevis Police Force. Once again, I want to thank you very much,” Commissioner Brandy said.