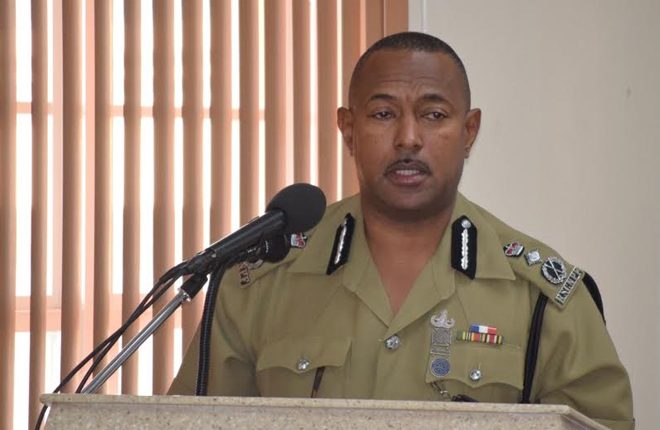 During a brief but significant closing ceremony on Friday, December 16, Commissioner Queeley recognized the security officers for their hard work and dedication throughout the course, noting that the ceremony signifies a milestone in their careers.

“The completion of this course will serve as the foundation of many of your further assignments in your various organizations,” said Commissioner Queeley. “Trust me, from henceforth when your name comes up for assignments whether it be for promotion or otherwise and the question is asked – did you attend and successfully complete the RSS Section Leaders Course – a yes to this question will be in your favour. However, it would only scratch the surface. What will define you from today onwards is how well you have embraced and implemented the concepts and best practices of this course in your day to day performance of your duties.”

The commissioner further added that the RSS leadership course has paved the way for many security officers across the region.

“It must be noted that across the RSS Member State territories, this course has prepared the leadership of many of our special units and many of our senior management teams within the police force and this force has also prepared the cadre of middle managers at various forces,” said the commissioner.

He reminded the security officers of the importance of leadership and recited a quote by an American Entrepreneur and Businessman Jim Rohn which reads “the challenge of leadership is to be strong, but not rude; be kind, but not weak; be bold, but not bully; be thoughtful, but not lazy; be humble, but not timid; be proud, but not arrogant; have humor, but without folly.”

“These words so aptly and appropriately describe the characteristics and personality traits of successful leaders. “As it is commonly known, a leader is defined as a person who is followed by others but beyond that a leader has to understand human nature and be able to direct those whom he leads, while reducing their doubts about succeeding,” he said. “Being an effective leader is real challenging but it allows for opportunities of personal growth because it offers so many new options. Being an effective and quality leader also means being a coach, teacher, student, role model and most significant a champion of new philosophy.”