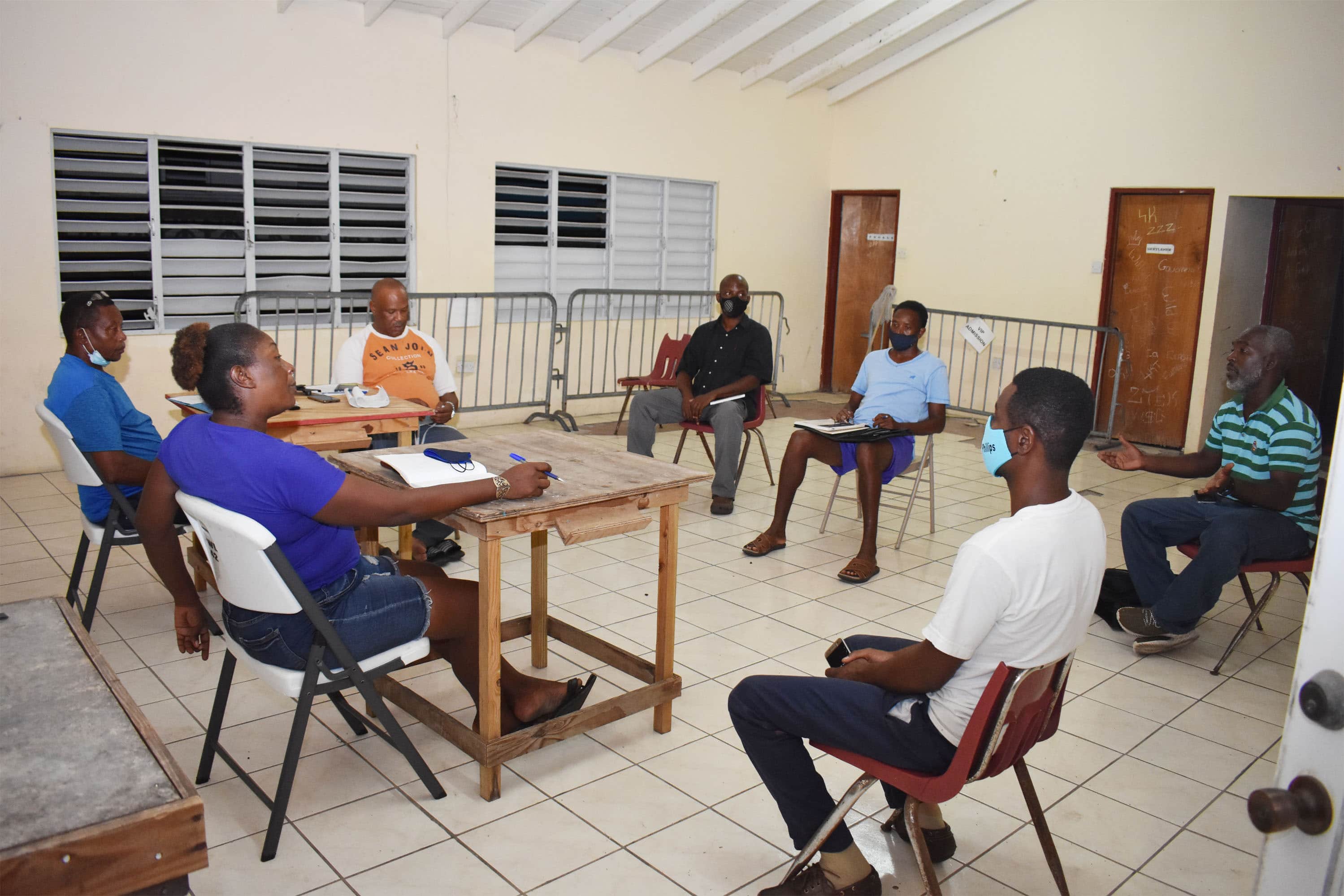 According to the Committee’s Executive President Mr Calvin Farrell, who is also the League Coordinator, all members of the committee turned up at the old Lodge Community Centre in Lodge Project where they ratified all previous arrangements that had been put in place.

“We decided that we still are going along with our proposal with the three venues,” said Mr Farrell. The venues, which were used last year, are the old Lodge Community Centre, Edgar Gilbert Pavilion at the Molineux sports complex, and the Tabernacle Police Station.

It had been proposed that a player that loses a game before winning a single point would be fined one dollars as one of the ways the committee would use to raise funds, and at the same use to improve the quality of the game as players avoid the ignominy of paying the one dollar fine. The President confirmed that each of the centres has a collection box.

Also as a means of raising funds, drinks will be on sale at the Molineux and Tabernacle venues. Special offers of three beers for ten dollars will be made available to the players. However, at the old Lodge Community Centre players will continue patronising the neighbouring Cuban Bar which has on many occasions served as a competition venue.

“Dominos are already taken care of, as are chalks, chalkboards, tables, and chairs,” said Mr Farrell. “Shirts for three teams which did not have a full complement last year, Tabernacle, Unity, and Unstoppable Domino Clubs, and the new Ottley’s Domino Club will be ready on Friday September 24.”

One of the teams, Giants Domino Club, has officially indicated that it will not take part in the tournament this year, citing the prevailing Covid-19 pandemic. However, the number of teams might remain unchanged as Mr Jacob Nisbett, formerly of Molineux Domino Club, has confirmed that he will be playing for his village team, Ottley’s Domino Club, which is making a return to the league after a number of years of absence.

In the meantime Vice President Mr Simeon Liburd, who is the Sergeant in charge of the Tabernacle Police Station, said that while the games will go on, this year they will observe very strict Covid-19 protocols. He said it will be a notch higher than the protocols were observed last year, when the 25th edition of the league was played under Covid-19 protocols.

“We have to adhere very strongly to the protocols,” said Mr Liburd. “Wearing masks will be mandatory, as will be sanitising of hands. After every use, the dominos and domino tables will be sprayed with an alcohol-based liquid.”

He added: “We will obtain a non-contact thermometer for each of the venues, and names and contacts of all persons coming in will be recorded so that if there will be need for a contact tracing, we would know who were there.”