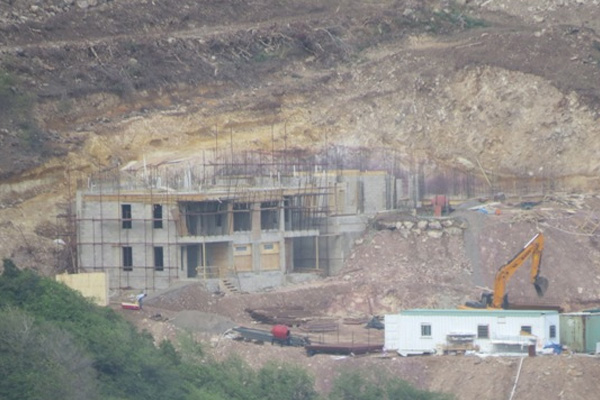 Basseterre, St. Kitts (CUOPM) — Construction of the US$40 million 246-room T-Loft hotel/condo at Pirate’s Nest in Frigate Bay has begun.

Project Manager Mr. Lung Ho told the Communications Unit in the Office of the Prime Minister (CUOPM) on Sunday that following the necessary civil works construction of two buildings at two separate locations on the site began in December and is taking place following the cutting of the roads and removal of the debris and vegetation in preparation for the building of the foundations.

The development, which is expected to become a part of the vibrant tourism infrastructure coming out of the policies that the St. Kitts-Nevis Labour Party Administration has encouraged and facilitated, will be built on a 7.1 acre site.

Forty-one condominium units will be contained in six independent buildings each with three floors.