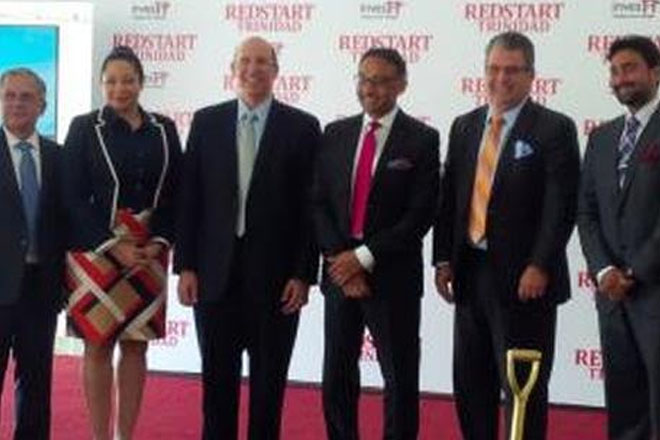 Construction starts on US$60 million distribution centre in Trinidad

Port of Spain, Trinidad — A sod-turning ceremony was held earlier this month for the Unicomer facility in Freeport, Trinidad, which will include a distribution centre, technical service centre, business offices and a retail branch; and will bring 250 new jobs and a US$60 million investment to the local economy.

“In the many signals that this sod turning ceremony for Unicomer’s Freeport Campus sends to our country, our region and our global trading partners, one in particular stands out, that is that economic reforms over the past five years have worked, and Trinidad and Tobago is now one of the best places to invest and do business in this hemisphere,” said trade, industry, investment and communications minister, Senator Vasant Bharath at the construction site.

“The environment is such that we are now experiencing the highest levels of foreign direct investment in our history. Right now, over 400 foreign firms are currently operating out of Trinidad and Tobago, including the regional headquarters for globally revered names such as Microsoft, British Petroleum and General Electric. This has helped to make us the largest Caribbean exporter to the United States. And we did not stop there. We continue to expand access to regional and international markets through trade agreements with the European Union and Latin American nations including Cuba, Costa Rica, Venezuela, Panama, Guatemala and the Dominican Republic,” he noted.

The trade minister also thanked the executives of Unicomer “for the confidence you have demonstrated, and for continuing to stand as a partner and ally in the Trinidad and Tobago success story.”

In his address, Unicomer Group’s vice chairman and executive vice president, Guillermo Siman, stated that this is a “very ambitious project” for Unicomer. He thanked the government of Trinidad and Tobago for its support over the past 25 years, since Courts opened its doors in 1991.

He said unequivocally that he and his team have enjoyed the support of the people of Trinidad and Tobago, including the valuable customers; and will continue to invest in the country.