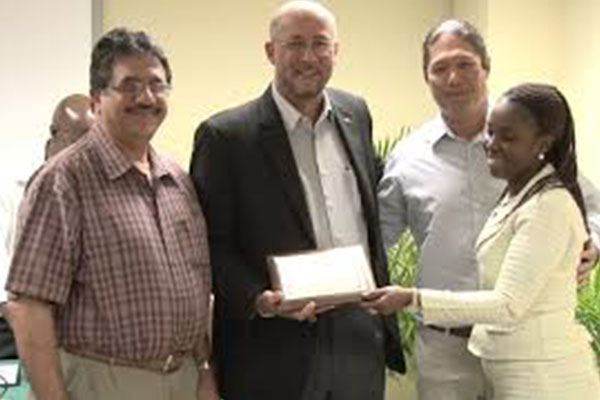 (ZIZ)– RAMS and LIME were, on Thursday, named “Consumer Supermarket of 2014” and “Communication Provider of 2014” respectively.

The announcements came at an awards ceremony hosted by the Department of Consumer Affairs which formed part of activities to mark “Consumer Awareness Week.”

According to Consumer Affairs Officer, Vincent Fough, Thursday’s ceremony recognised the individuals and businesses that contributed to the weeklong observance.

Consumer Awareness Week began on Sunday with a church service and continued on Monday with a discussion and giveaway session on ZIZ Radio. On March 11th, Kajola Kristada was presented with an appreciative award and another radio giveaway was held yesterday [March 12th]. The week will end on Friday with a march.

World Consumer Rights Day will be observed on Saturday 15th March, 2014. This year’s theme is “Fix Our Phone Rights.”