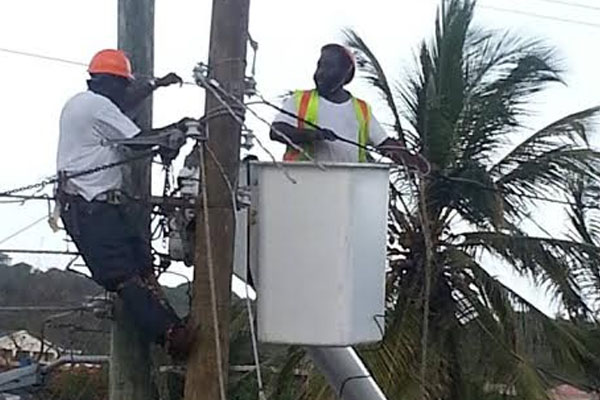 Consumers who owe previous Electricity Department to have arrears written off

Basseterre, St. Kitts (CUOPM) — The mammoth crowd stood to their feet and applauded at the night-time Ceremonial Parade to mark the 31st anniversary of Independence, when St. Kitts and Nevis’ Prime Minister, the Rt. Hon. Dr. Denzil L. Douglas announced his Labour Party administration had taken a decision to write off all areas owed to government by electricity consumers.

“I know that many of our low income families have struggled with huge electricity bills as we were forced to remove the subsidy to energy consumption under the strain of high debt and fiscal balance. In cognizance of this problem, we encouraged the St. Kitts Electricity Company (SKELEC), immediately after it was formed, to give extended periods for people to pay the arrears even as they kept current in respect of current consumption. Many have struggled but have fallen behind and have suffered the embarrassment of having their electricity supply disconnected,” said Prime Minister Douglas.

He added: “It is therefore with a sense of relief that I announce that all arrears of electricity by households that relate to the period prior to the establishment of SKELEC would be written off and would therefore not be collected.

Prime Minister Douglas said the recently formed company in which the Federal Government is the only shareholder said he will ask the SKELEC management “to adjust the bills of the relevant consumers appropriately, and this is to have immediate effect.”