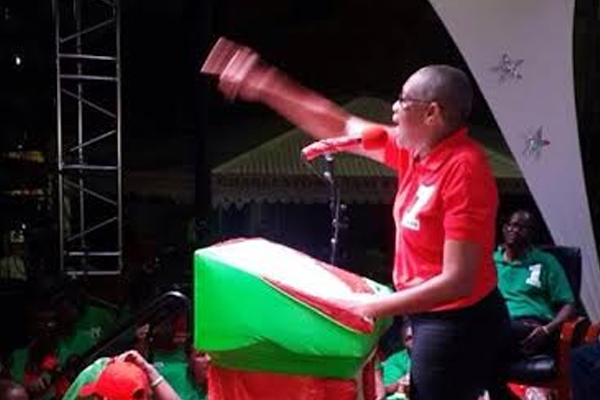 (ZIZ News) — The leaders and chairpersons of the St. Kitts-Nevis Labour Party and the Nevis Reformation Party [NRP] gathered at the Labour Annex, on Thursday morning, for the official signing of the “Contract for Progress”.

As a symbol of transparency, the signing formed part of a press conference that was carried live on ZIZ.

During his presentation, Parry thanked Dr. Douglas for his party and government’s continued support of Nevis.

Prime Minister Douglas, on the other hand, said the official signing comes after minor changes were made to the draft that was presented a few weeks ago.