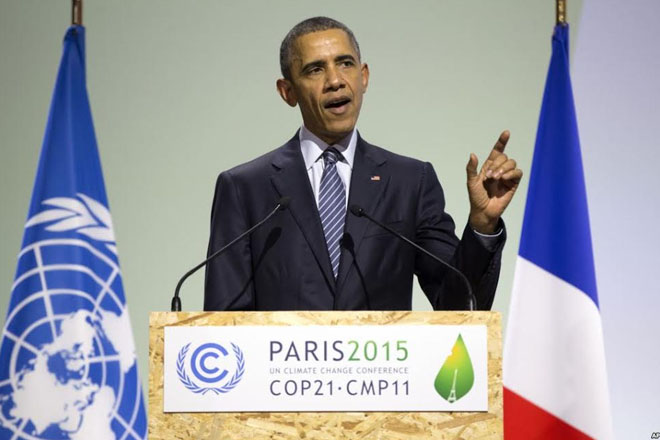 US President Barack Obama has said the UN Climate Conference in Paris could be a “turning point” in global efforts to limit future temperature rises.

Negotiators from 195 countries will try to reach a deal within two weeks aimed at reducing global carbon emissions and limiting global warming to 2C (3.6F).

Leaders from 147 nations have been addressing the meeting, known as COP21.

President Obama urged negotiators to deliver a meaningful deal, because the “next generation is watching”.