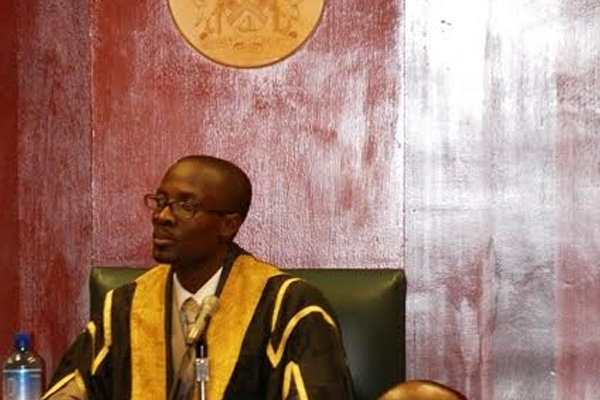 Basseterre, St. Kitts (CUOPM) – The St. Lucia-based Eastern Caribbean Appeal Court has stayed the judgment of all proceedings in the Motion of No Confidence matter in favour of the Speaker of St. Kitts and Nevis National Assembly, the Hon. Curtis Martin.

In a ruling on Friday 3rd July, the Court found that the Speaker’s had ‘met the required threshold.’

“The Honourable Speaker appealed the first instance judgment to the Court of Appeal on a variety of different grounds. The stay was granted on the basis that the appeal filed by the Honourable Speaker of the National Assembly ‘has met the required threshold’ under the law. The legal threshold includes the finding by the Justice of Appeal that the Speaker’s intended appeal has real prospects of success at the hearing of the appeal,” said a statement from Mr. Martin’s legal team.

The statement pointed out that the ruling of the Court of Appeal is very significant.

“It vindicates the decision by the Honourable Speaker of the National Assembly to appeal the judgement of the High Court Judge and seek a stay of all of the proceedings before the High Court Judge until the determination of the appeal. It is clear now that his appeal has merit and is just, and not the time wasting device which it was portrayed to be by the Members of the Opposition,” said the statement.

The legal team also said that the Court of Appeal decision also exposes the misjudgment of those in civil society who demanded that the Speaker had no choice but to allow the debate of the motion more so after the judgment of the High Court Judge which they said was unanswerable.

“Their rush to judgment sought to deny the Speaker the protection of the rule of law and right to seek the guidance of the Court,” the statement added.

“They had publicly alleged the Honourable Speaker’s appeal was frivolous and without merit. They also resisted the application for a stay tooth and nail on the ground, among others, that the appeal has no prospects of success. This allegation has now proved to be false. It was implicitly rejected by the ruling of the Court of Appeal. The appeal will now proceed to the Court of Appeal,” the Legal Team statement said.

The Speaker of the National Assembly the Hon. Curtis Martin has expressed thanks to his legal of Anthony W. Astaphan, SC; Mr. Sylvester Anthony and Miss Angelina Sookoo.

Mr. Martin said he looks forward to the determination of the appeal by the Court of Appeal.