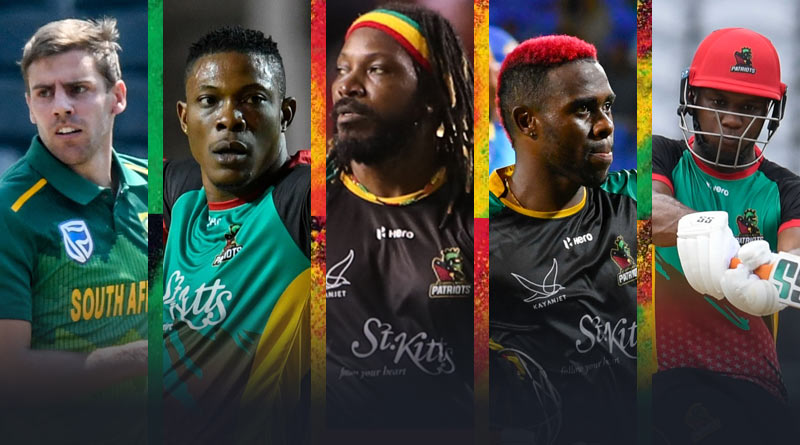 St Kitts & Nevis Patriots roped in 7 players (4 overseas players and 3 domestic players) in the CPL 2021 draft to finish their squad of 17.

Patriots retained as many as 7 players going in to the draft after bringing in Dwayne Bravo and Sherfane Rutherford in the form of trades. They also brought in high profile player Chris Gayle ahead of the draft.

Among the domestic signups in the CPL 2021 draft, Patriots roped in 20-year-old Kittitian cricketer Mikyle Louis. He is a right-handed batsman who bowls leg spin. He just featured in 4 List A matches picking 3 wickets at an average of 24.33 with an economy rate of 4.21.

24-year-old Colin Archibald was also picked in the draft. Archibald played 2 T20 matches and picked no wickets. The left-arm-pacer is a handy batsman down the order who played for the Leeward Islands Under-19s in the past. He made his T20 debut during the CPL 2020 season but was not picked by the Patriots during the retentions.

The last domestic player to be picked by the St Kitts & Nevis Patriots in the CPL 2021 draft is Devon Thomas. Thomas has represented West Indies in 21 ODIs and 3 T20Is as a wicket-keeper batsman. Thomas has 1191 T20 runs under his belt with a highest score of 71. The Antiguan cricketer also rolls his arm occasionally with his right-arm-medium skills.