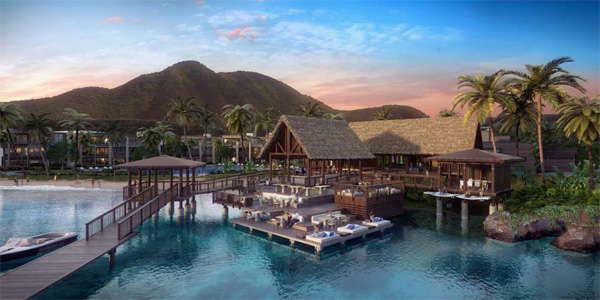 (ZIZ News) – Minister of Tourism, the Hon. Lindsay Grant said with a number of new hotel developments expected to come on stream shortly, attracting visitors to the federation has never been more important

In a recent interview, Minister Grant said the exposure St. Kitts and Nevis received from hosting ten Caribbean Premier League (CPL) matches this year will assist in this endeavor.

He said the regional tournament has exposed the federation to what was then untapped markets.

“This is going to be beamed to one billion people in India and I think it gives us an opportunity to open up avenues that we have yet touched in terms of the market,” the minister said. “And so it gives us the opportunity to see what opportunities are there in India to tap to bring back tourists from that part of the region to St. Kitts. Just like we now should tap into South America which is a growing opportunity for us.”

According to Grant, his greatest challenge as the Minister of Tourism will be filling the hundreds of new hotel rooms that will be completed in the near future.

“We’re going to put probably a thousand new rooms online in about 18 months and we have to have opportunities to fill those rooms. It’s not just to have the rooms available but it’s to fill those rooms and so that is my challenge as the Minister of Tourism. I think we’re up to the challenge to begin this process and you’re going to hear of some new initiatives that we’re going to roll out within the next month or so,” he stated.

Some of the new developments expected to open their doors in a matter of months are Park Hyatt St. Kitts, Koi Resorts and Embassy Suites by Hilton.