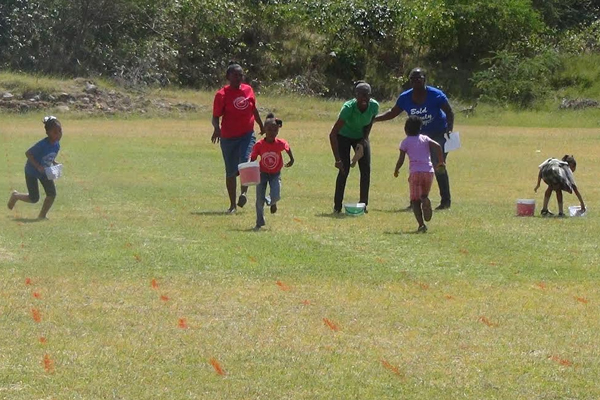 (Sports Page)– It is dubbed a ‘fun day’ but the three athletic houses at the Charlestown Primary School take it very seriously and the event is always very competitive.

Within the last few years, Headmaster Mr. Kevin Barrett and his staff instituted a novel idea, whereby the students at the school no longer compete in the fun races during the grand annual Sports meet.

Instead a totally separate day is designated for the hosting of such races. These include races such as fill the bucket; lime and spoon; skipping races; obstacle races; and sack races among others.

The fun day was held at the Ramsbury play field on Wednesday 19th February. There was not a huge gathering of spectators maybe because quite a number of the parents of the children were off attending the funeral service of the late David TWINKLE Walters.

However, the children had fun as they tested their skills in the various events and it took a sharp shower of rain to spoil the fun, later in the afternoon.

There were no scores immediately available from the event.