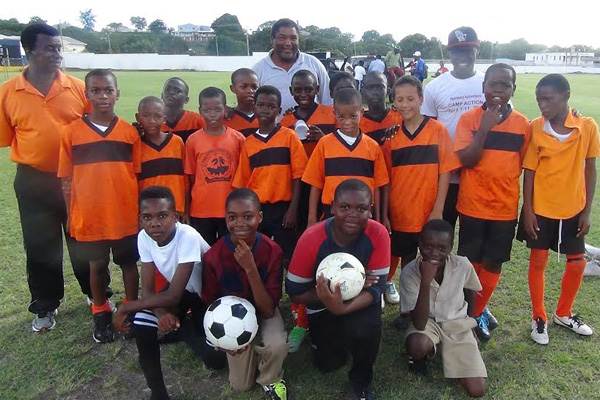 The Charlestown Primary School stormed into the A division finals of the 2014 edition of the Giant Malt sponsored Primary School Football league, on Tuesday 11th November.

Watched by a fair sized crowd, the boys in the orange tops totally mesmerized the boys from the Maude Cross Preparatory school, despite the best efforts of their players, including Carlon Tuckett and Patrice Nisbett, at the top.

One of the coaches for the CPS team, Ziggy Newton had predicted a 5 to nil victory and he almost got it right.

The grand finals are now set for Thursday 13th November starting at 1.30 pm at the ET Willet Park.

Both matches are expected to be crowd pleasers and a bumper crowd is expected at the ETW.