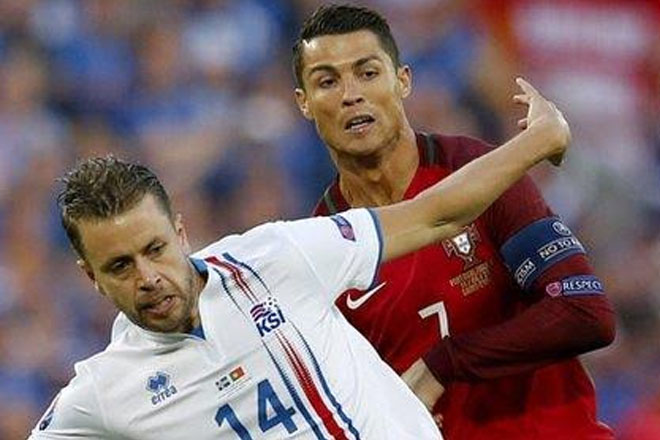 The Portugal captain hit out at Iceland’s lack of ambition during the Group F game and accused them of having a “small mentality”.