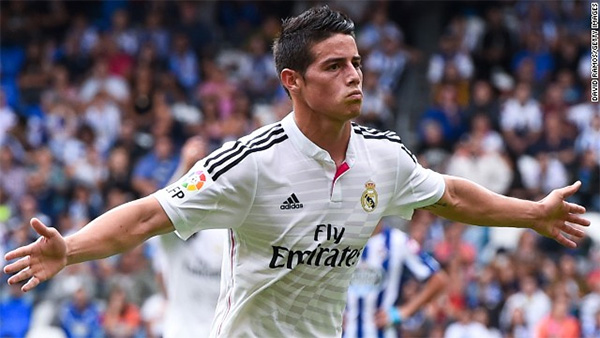 (CNN) — Any doubts that Real Madrid’s big-name stars will struggle to play together this season were seemingly blown away in a remarkable 8-2 thrashing of Deportivo la Coruna on Saturday.

Mexico striker Javier Hernandez, a loan signing from Manchester United, grabbed the final two goals after coming on as a late substitute.

It was the first time the club has scored eight goals in an away La Liga match, and the winning margin matched the 7-1 success at Real Zaragoza in the 1987-88 season.

“We showed the quality we have. We have a phenomenon in Ronaldo and we have other players with great quality,” coach Carlo Ancelotti told reporters.

“They combined very well together and that was the best thing we can take from the game.”