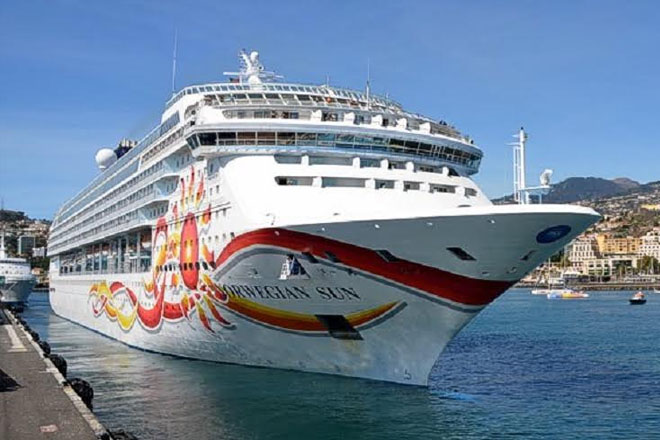 Florida, United States — Reports of escalating crime in the Caribbean have renewed the debate about how it affects the millions of cruise ship passengers and other tourists who visit the region each year.

Some countries in particular have experienced their share of disturbing developments and, according to an email obtained by the The Nassau Guardian, an executive with Carnival Cruise Line reportedly warned a Bahamas tourism official that Carnival was so worried about crime in Nassau, it was considering issuing crime warnings to the passengers it brought there.

In a recent interview published by The St Lucia Times, meanwhile, the president of the St Lucia Vendors Association publicly accused the minister of tourism of ignoring the island’s crime problem.

Crime in St Lucia had gotten so bad, he said, that cruise lines might consider dropping it from their itineraries, as Norwegian Cruise Line had done in the 2010-2012 season because of reported crimes against passengers.

Yahoo Travel reports that while Carnival declined comment on the Nassau Guardian story, Norwegian said in a statement: “Norwegian has been calling on St Lucia for the past several years and is scheduled to call the island this year and in 2016. As with all destinations we visit, we continuously monitor any events and may make future itinerary adjustments should the need warrant.”

In the meantime, the US State Department warned of a spike in crime in the Bahamas that had affected American visitors, adding that “an apparent two-year rise in armed robberies in The Bahamas had spurred numerous warnings by foreign governments to their citizens visiting the country.”

In August, the British and Canadian governments had raised serious concerns about the safety of their citizens in the Bahamas.

Areas of concern included armed robberies in downtown Nassau and the cruise ship docks, “snatch-and-grab” robberies, and sexual assaults. The US Embassy in Nassau said that last year at least three Americans, including a minor, were reportedly sexually assaulted by jet-ski operators on Paradise Island.

The State Department also warned that crime in St Lucia was rising, with tourists being “targeted often” for petty crime. In one unusually brazen 2013 crime, 55 passengers from the Celebrity Eclipse were robbed at gunpoint during a St Lucia excursion. No one was hurt.

The State Department has gone a step farther with Honduras, which is under a full-fledged Travel Warning, where US officials say you should “consider very carefully whether you should go to a country at all.

“The level of crime and violence in Honduras remains critically high,” says the warning. While popular Honduran cruise destinations in the Bay Islands, such as Roatan, do have lower crime rate than mainland Honduras, the State Department warned that “thefts, break-ins, assaults, and murders do occur.”

American maritime lawyer Jim Walker, who has represented a number of former passengers in lawsuits against the cruise industry, has warned of escalating crime in many popular Caribbean cruise stops, especially in places like the Bahamas, St Lucia, and others.

“Every week we get a call of some sort from a Caribbean island,” Walker told Yahoo Travel. “There’s been a sexual assault of a minor in a place that otherwise seemed safe. Or someone’s been robbed. Or someone’s been sexually assaulted.”

He singles out the Bahamas, which he’s named “the most dangerous cruise destination in the world” in his online publication Cruise Law News.

“If someone came to me and said, ‘I’m going [on a cruise] from Spain to Italy, or a cruise from Seattle to Ketchikan [Alaska] or I’m going to go to Nassau,’ I’d say, ‘Please, don’t go to Nassau’.” he said. “I see it as a hotspot. It’s just a place that we hear about quite quite often.”

In addition to the Bahamas, St Lucia and Roatan, Walker also pointed to destinations like Antigua, St Kitts and Guatemala as problematic for cruise ship passengers.

“I don’t think the cruise industry does a very good job of warning passengers about the realities in these ports,” he said. “Most people don’t know what they’re getting into. They think it’s better in the Bahamas. They think they’re going on a tropical getaway and they get themselves into real danger.”

Walker nevertheless admits that the vast majority of cruise passengers who visit the Caribbean do have fun, incident-free vacations.

“People are going to be able to go to any of the ports of call in the Caribbean, whether it’s Nassau or Roatan or the US Virgin Islands or St Thomas, and chances are you’re not going to be killed or robbed or anything,” Walker said.

In fact, while Nassau has a relatively high murder overall murder rate — 30 per 100,000 people (the US homicide rate is around five per 100,000 people) — it is comparable to or better than a few US cities, including Miami and Baltimore, the home ports of numerous Caribbean-bound cruises, according to Yahoo Travel.

Walker also concedes that while he personally would tell people to avoid Nassau, there are some Caribbean locations that he likes.

“I wouldn’t write off all of the Caribbean,” he said. “But I would be very selective and I would certainly make a point of not just reading the cruise ship advertisements or the tourism images and really read about where I want to go.”

“I’m aware that most people are going to have a good time [on their Caribbean cruises],” Walker said. “I’ve just met too many people who haven’t.”