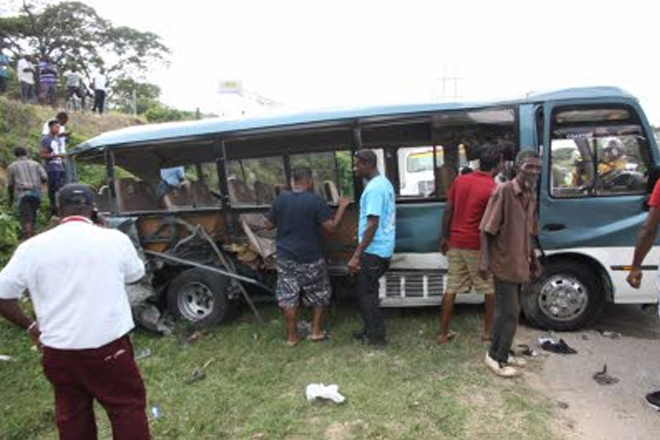 (Jamaica Observer) The police say a cruise ship passenger died from injuries she sustained when the tour bus in which she was travelling overturned in a four-vehicle collision on a section of the North Coast Highway, which passes through Carey Park near Duncans in Trelawny, yesterday afternoon.

The police, however, did not release the identity of the deceased.

Police report that about 3:10 pm the driver of a truck travelling towards Duncans lost control of the vehicle. It slammed into a Toyota Coaster bus headed to the Falmouth Port with about 20 cruise ship passengers. The tourists were said to be heading back from the popular Dunn’s River Falls attraction in St Ann.

The impact of the crash caused the bus to flip.