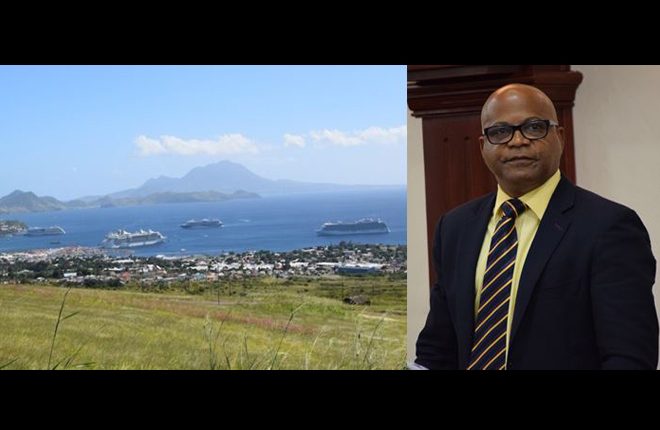 (SKNIS): Nearly EC$200 million will be pumped into the St. Kitts and Nevis economy between November 2017 and January 2018, thanks to a booming cruise tourism industry.

Minister of Tourism, Honourable Lindsay Grant announced this today, November 14, during a sitting of Parliament, adding: “Never before has this been seen in the history of this cruise industry in St. Kitts and Nevis.”

The Minister mentioned that 14 ships are expected to make calls to the island this week. That’s a total of 35,759 visitors to the shores in just the span of seven days.

Minister Grant said that according to the Business Research and Economic Advisors Report (BREA), every visitor that graces the shores of St. Kitts and Nevis spends US $111.08.

In December, there will only be one day without a ship. There will be 115 calls in total. That’s about four ships per day, with Christmas (December 25th) and Boxing Day (December 26th) expected to see seven ships each.

“Never before has this been seen in the history of this cruise industry in St. Kitts and Nevis,” said the Minister. “[The ships will be] bringing to our shores 274,435 passengers. This translates to US $30,484,239 in December alone.”

“So, between November, December and January, this economy will see pumped into it $199,555,662. That is fantastic news for St. Kitts and Nevis,” Minister Grant said.