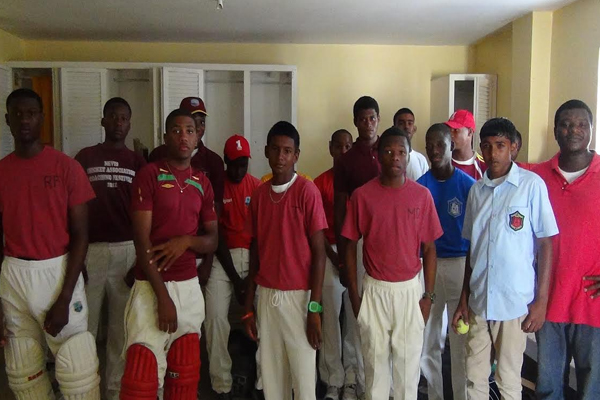 The first match was preceded by a brief opening ceremony chaired by Sports coordinator Carl Tuckett who welcomed all of the players, including the newest team to the tournament, the Nevis Sixth Form College.

The three teams in the competition this year are therefore, CSS; GSS and the Nevis sixth form college.

President of the Nevis Cricket Association, Denrick Liburd challenged the players to be disciplined and emulate persons like Tonito Willet who has been included in this year’s CPL league and advised the young players that there is ‘money in cricket.’

He stated that with the plan of action proposed by the NCA, Nevis cricket should be making upward movements in short order.

He declared the competition officially open.

The vote of thanks was given by Mr. Fraser of the Charlestown Secondary School.

In the first match of the tournament, CSS engaged GSS in a 20 overs affair.

GSS in response could only muster 114 for 5 in their allotted 20 overs, despite a brief cameo from Irvawn Challenger who struck a quick fire 34.