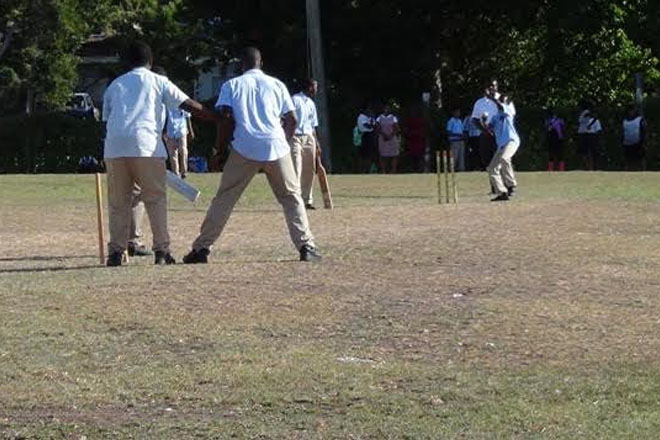 Sports Page — With little or no cricket currently being played on the island, it was a refreshing sight to witness two lively cricket matches on Wednesday 7th October.

The matches were being played as part of the house competitions for the Charlestown Secondary School.

At the CSS grounds, Red house engaged Gold house and at the ET Willet Park, it was Blue house versus Green house.

One match was supervised by Coach Fraser and the other by Coach Williams.

The match at the CSS grounds attracted a lively crowd which included some of the teachers and even Headmaster Edson Elliot, paused from his busy schedule to take a look.

Both pitches were prepared by hard working grounds man, JABAL at short notice and the cricketers played with the tape ball for this series of matches.

The scores were not immediately available up to press time but sufficing to say, the matches generated quite some excitement and the cheers and screams was a signal that something exciting was happening.