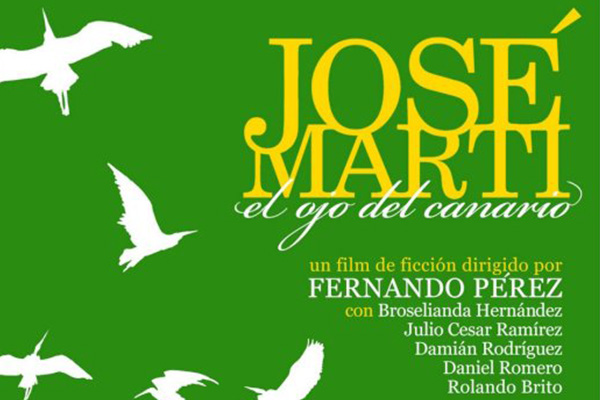 Cuban embassy to screen Jose’ Marti,“The Eye of the Canary” in Nevis

Nevis– Nevisians have an opportunity to see Fernando Perez’s lavish film about the life of famed Cuban revolutionary José Martí (1853-1895) when it is screened at St. Paul’s Anglican Church hall on Craddock Road on Thursday, January 30th at 10 a.m to 12 noon.

Perez focuses on Marti’s early years of Josi’ Marti as he experiences the many injustices perpetrated under Spanish colonial rule.

He re-invents the childhood and adolescence of Cuba’s 19th-century national hero, covering the years he lived in Cuba before being sent into exile for political sedition at the age of 17.

Born in Havana, Martí began his political activism at a young age. He would travel extensively in Spain, Latin America, and the United States raising awareness and support for the cause of Cuban independence.

His unification of the Cuban émigré community, particularly in Florida, was crucial to the success of the Cuban War of Independence against Spain. He was a key figure in the planning and execution of this war, as well as the designer of the Cuban Revolutionary Party and its ideology. He died in military action on May 19, 1895.

Martí is considered one of the great turn-of-the-century Latin American intellectuals. His written works consist of a series of poems, essays, letters, lectures, a novel, and even a children’s magazine. He wrote for numerous Latin American and American newspapers; he also founded a number of newspapers himself.

His newspaper Patria was a key instrument in his campaign for Cuban independence. After his death, one of his poems from the book, “Versos Sencillos” (Simple Verses) was adapted to the song, “Guantanamera,” which has become the definitive patriotic song of Cuba