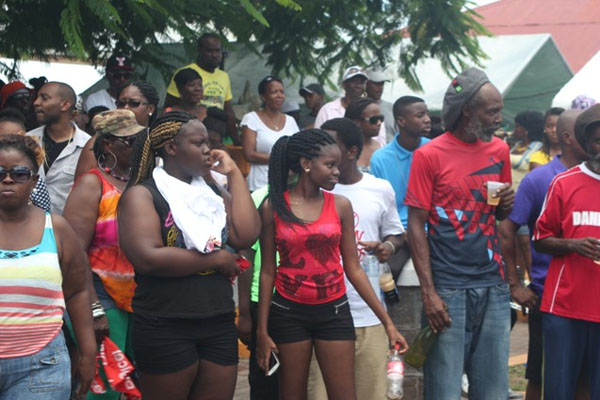 “I must begin by saying what a great feeling it was to be among the countless Kittitians and Nevisians who gathered together two weekends ago to celebrate 40 years of Culturama in Nevis. The warmth and togetherness was just fantastic. And that is why every year, whenever we approach June and July, I am always very much aware of where I will need to be at the beginning of August,” Dr. Douglas told listeners.

Dr. Douglas, who attended the annual J’ouvert on August Monday and the Miss Caribbean Culture Show also, used the occasion to extend his warmest congratulations to the winners including Akeisha Fergus, Ms. Culture Queen 2014/2015; Keith Scarborough, King Dis and Dat, the Calypso King as well as Ms. Yarayn Morton who was crowned Ms. Caribbean Culture.

Congratulations was also extended to Ms. Kaeve Armstrong who was crowned Miss Jaycees International in Antigua and Mr. Richie Buntin who was crowned Leeward Islands Calypso King in Anguilla.